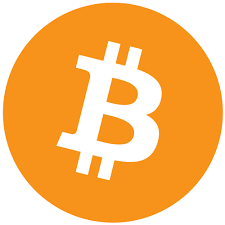 Bitcoin is a relatively new form of currency that is just beginning to hit the mainstream, but many people still don’t understand why they should make the effort to use Bitcoin.

Here are 10 good reasons why it’s worth taking the time to get involved in this virtual currency.

When you pay a cheque from another bank into your bank, the bank will often hold that money for several days, because it can’t trust that the funds are really available. Similarly, international wire transfers can take a relatively long time. Bitcoin transactions, however, are generally far faster.

Transactions can be instantaneous if they are “zero-confirmation” transactions, meaning that the merchant takes on the risk of accepting a transaction that hasn’t yet been confirmed by the bitcoin blockchain. Or, they can take around 10 minutes if a merchant requires the transaction to be confirmed.

That is far faster than any inter-bank transfer.

What’s that you say? Your credit card transactions are instantaneous too? Well, that’s true. But your merchant (and possibly you) pay for that privilege. Some merchants will charge a fee for debit card transactions too, as they have to pay a ‘swipe fee’ for fulfilling them.

Bitcoin transaction fees are minimal, or in some cases free.

3) Central governments can’t take it away

Remember what happened in Cyprus in March 2013? The Central Bank wanted to take back uninsured deposits larger than $100,000 to help recapitalize itself, causing huge unrest in the local population. It originally wanted to take a percentage of deposits below that figure, eating directly into family savings. That can’t happen with bitcoin. Because the currency is decentralized, you own it.

No central authority has control, and so a bank can’t take it away from you.

For those who find their trust in the traditional banking system unravelling, that’s a big benefit.

4) There are no chargebacks

Once bitcoins have been sent, they’re gone. A person who has sent bitcoins cannot try to retrieve them without the recipient’s consent.

This makes it difficult to commit the kind of fraud that we often see with credit cards.

Where people make a purchase and then contact the credit card company to make a chargeback, effectively reversing the transaction.

This is a big one. Most online purchases today are made via credit cards, but in the 1920s and ’30s, when the first precursors to credit cards appeared, the Internet hadn’t yet been conceived. Credit cards were never supposed to be used online and are insecure. Online forms require you to enter all your secret information (the credit card number, expiry date, and CSV number) into a web form.

It’s hard to think of a less secure way to do online business. This is why credit card numbers keep being stolen.

Bitcoin transactions, however, don’t require you to give up any secret information. Instead, they use two keys: a public key, and a private one. Anyone can see the public key (which is actually your bitcoin address), but your private key is secret. When you send a bitcoin, you ‘sign’ the transaction by combining your public and private keys together, and applying a mathematical function to them.

This creates a certificate that proves the transaction came from you. As long as you don’t do anything silly like publishing your private key for everyone to see, you’re safe.

The problem with regular fiat currency is that governments can print as much of it as they like, and they frequently do. If there are not enough US dollars to pay off the national debt, then the Federal Reserve can simply print more. If the economy is sputtering, then the government can take newly created money and inject it into the economy, via a much-publicised process known as quantitative easing.

This causes the value of a currency to decrease.

If you suddenly double the number of dollars in circulation, then that means there are two dollars where before there was only one. Someone who had been selling a chocolate bar for a dollar will have to double the price to make it worth the same as it was before, because a dollar suddenly has only half its value. This is called inflation, and it causes the price of goods and services to increase. Inflation can be difficult to control, and can decrease people’s buying power. Bitcoin was designed to have a maximum number of coins. Only 21 million will ever be created under the original specification.

This means that after that, the number of bitcoins won’t grow, so inflation won’t be a problem.

In fact, deflation – where the price of goods and services falls – is more likely in the bitcoin world.

Sometimes, we don’t want people knowing what we have purchased. Bitcoin is a relatively private currency. On the one hand, it is transparent – thanks to the blockchain, everyone knows how much a particular bitcoin address holds in transactions. They know where those transactions came from, and where they’re sent. On the other hand, unlike conventional bank accounts, no one knows who holds a particular bitcoin address. It’s like having a clear plastic wallet with no visible owner.

Everyone can look inside it, but no one knows whose it is.

However, it’s worth pointing out that people who use bitcoin unwisely (such as always using the same bitcoin address, or combining coins from multiple addresses into a single address).

So the risk making it easier to identify them online.

8) You don’t need to trust anyone else

In a conventional banking system, you have to trust people to handle your money properly along the way. You have to trust the bank, for example. You might have to trust a third-party payment processor. You’ll often have to trust the merchant too. These organizations demand important, sensitive pieces of information from you. Because bitcoin is entirely decentralized, you need trust no one when using it. When you send a transaction, it is digitally signed, and secure.

An unknown miner will verify it, and then the transaction is completed.

The merchant need not even know who you are, unless you’ve arranged to tell them.

There is no other electronic cash system in which your account isn’t owned by someone else. Take PayPal, for example: if the company decides for some reason that your account has been misused, it has the power to freeze all of the assets held in the account, without consulting you. It is then up to you to jump through whatever hoops are necessary to get it cleared, so that you can access your funds.

With bitcoin, you own the private key and the corresponding public key that makes up a bitcoin address.

No one can take that away from you (unless you lose it yourself, or host it with a web-based wallet service that loses it for you).

10) You can create your own money

In spite of the amazing advances in home office colour printing technology, most national governments take a fairly dim view of you producing your own money. With bitcoin, however, it is encouraged. You can certainly buy bitcoins on the open market, but you can also mine your own if you have enough computing power.

After covering your initial investment in equipment and electricity, mining bitcoins is simply a case of leaving the machine switched on, and the software running.

And who wouldn’t like their computer to earn them money while they sleep?

How to Mine Bitcoins? 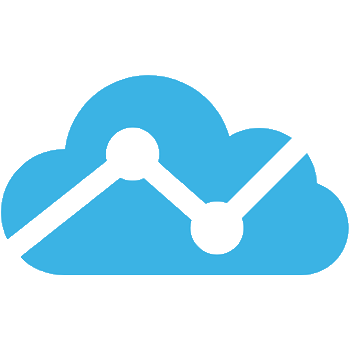